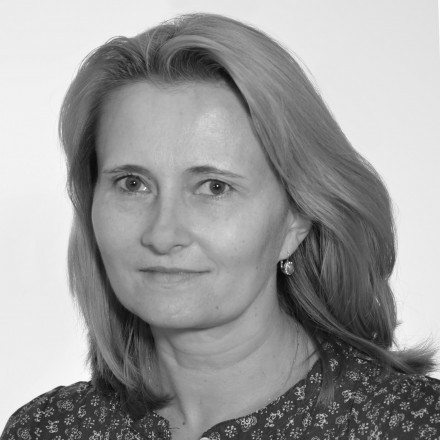 Mutations in the Sterile alpha motif domain containing 9 (SAMD9) gene have been described in patients with severe multisystem disorder, MIRAGE syndrome, but also in patients with bone marrow (BM) failure in the absence of other systemic symptoms. The role of hematopoietic stem cell transplantation (HSCT) in the management of the disease is still unclear. Here, we present a patient with a novel mutation in SAMD9 (c.2471 G>A, p.R824Q), manifesting with prominent gastrointestinal tract involvement and immunodeficiency, but without any sign of adrenal insufficiency typical for MIRAGE syndrome. He suffered from severe CMV (cytomegalovirus) infection at 3 months of age, with a delayed development of T lymphocyte functional response against CMV, profound T cell activation, significantly reduced B lymphocyte counts and impaired lymphocyte proliferative response. Cultured T cells displayed slightly lower calcium flux and decreased survival. At the age of 6 months, he developed severe neutropenia requiring G-CSF administration, and despite only mild morphological and immunophenotypical disturbances in the BM, 78% of the BM cells showed monosomy 7 at the age of 18 months. Surprisingly, T cell proliferation after CD3 stimulation and apoptosis of the cells normalized during the follow-up, possibly reflecting the gradual development of monosomy 7. Among other prominent symptoms, he had difficulty swallowing, requiring percutaneous endoscopic gastrostomy (PEG), frequent gastrointestinal infections, and perianal erosions. He suffered from repeated infections and periodic recurring fevers with the elevation of inflammatory markers. At 26 months of age, he underwent HSCT that significantly improved hematological and immunological laboratory parameters. Nevertheless, he continued to suffer from other conditions, and subsequently, he died at day 440 post-transplant due to sepsis. Pathogenicity of this novel SAMD9 mutation was confirmed experimentally. Expression of mutant SAMD9 caused a significant decrease in proliferation and increase in cell death of the transfected cells. Conclusion: We describe a novel SAMD9 mutation in a patient with prominent gastrointestinal and immunological symptoms but without adrenal hypoplasia. Thus, SAMD9 mutations should be considered as cause of enteropathy in pediatric patients. The insufficient therapeutic outcome of transplantation further questions the role of HSCT in the management of patients with SAMD9 mutations and multisystem involvement.