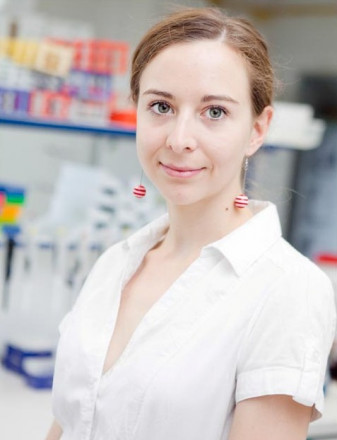 Type 1 diabetes (T1D) is an autoimmune disorder characterised by the immune-mediated destruction of insulin-producing pancreatic beta cells. The inflammatory process appears to be primarily mediated by pro-inflammatory Th1 lymphocytes, while the role Th17 cells in T1D is currently being investigated. T1D is characterised by the presence of autoantigen-specific autoantibodies. This study was conducted using patients with confirmed T1D and healthy control subjects. We examined the effect of the patient's autoantibody profile on peripheral blood mononuclear cell (PBMC) cytokine production following stimulation with the major diabetogenic autoantigens GAD65 and IA2. IFN-gamma and IL17 production was detected by ELISPOT and the ratio of basic cellular populations in PBMCs was measured by flow cytometry. We demonstrated a significant interaction between the patient's autoantibody profile and mode of stimulation. This suggests that autoantigen stimulation has a different effect on different groups of patients depending on their autoantibody profile. An increased production of IL17 was found in patients with high IA2 autoantibodies compared to patients with low levels of autoantibodies and healthy controls regardless of the mode of stimulation. The titre of IA2 autoantibodies positively correlates with the proportion of Tc lymphocytes and negatively correlates with the proportion of Th lymphocytes. Our results show that a patient's autoantibody profile reflects the type of cellular immune responses. It seems that the high titre of IA2 autoantibodies is related to increased production of IL17 and an increased proportion of Tc lymphocytes. This finding may be useful in designing immunointervention studies to prevent T1D.