A 15 Mb large paracentric chromosome 21 inversion identified in Czech population through a pair of flanking duplications. 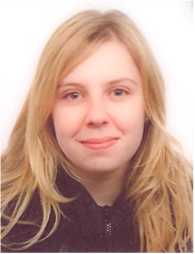 BACKGROUND: Inversions are balanced structural chromosome rearrangements, which can influence gene expression and the risk of unbalanced chromosome constitution in offspring. Many examples of inversion polymorphisms exist in human, affecting both heterochromatic regions and euchromatin.

RESULTS: We describe a novel, 15 Mb long paracentric inversion, inv(21)(q21.1q22.11), affecting more than a third of human 21q. Despite of its length, the inversion cannot be detected using karyotyping due to similar band patterns on the normal and inverted chromosomes, and is therefore likely to escape attention. Its identification was aided by the repeated observation of the same pair of 150 kb long duplications present in cis on chromosome 21 in three Czech families subjected to microarray analysis. The finding prompted us to hypothesise that this co-occurrence of two remote duplications could be associated with an inversion of the intervening segment, and this speculation turned out to be right. The inversion was confirmed in a series of FISH experiments which also showed that the second copy of each of the duplications was always located at the opposite end of the inversion. The presence of the same pair of duplications in additional individuals reported in public databases indicates that the inversion may also be present in other populations. Three out of the total of about 4000 chromosomes 21 examined in our sample carried the duplications and were inverted, corresponding to carrier frequency of about 1/660. Although the breakpoints affect protein-coding genes, the occurrence of the inversion in normal parents and siblings of our patients and the occurrence of the duplications in unaffected controls in databases indicate that this rare variant is rather non-pathogenic. The inverted segment carried an identical shared haplotype in the three families studied. The haplotypes, however, diverged very rapidly in the flanking regions, possibly pointing to an ancient founder event at the origin of the inversion.

CONCLUSIONS: The identification of inv(21)(q21.1q22.11) supports the notion that paracentric inversions are the most common form of chromosomal variation and that some of them may still remain undetected.