The muscle-bone interaction in Turner syndrome. 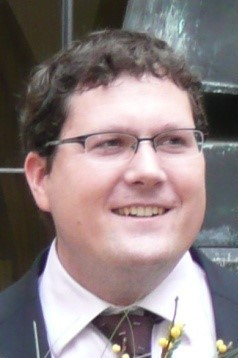 OBJECTIVES: Turner syndrome (TS) is associated with an increased fracture rate due to reduced bone strength, which is mainly determined by skeletal muscle force. This study aimed to assess the muscle force-bone strength relationship in TS and to compare it with that of healthy controls.

DESIGN: A cross-sectional study was conducted in a single university hospital referral centre between March 2012 and October 2013.

PATIENTS: Sixty patients with TS (mean age of 13.7 ± 4.5 years) were compared to the control group of 432 healthy girls.

RESULTS: While the Fmax was normal (mean weight-specific Z-score of 0.11 ± 0.77, P = 0.27), the Pmax was decreased in patients with TS (Z-score of –0.93 ± 1.5, P < 0.001) compared with healthy controls. The muscle function parameters were not significantly influenced by menarcheal stage, hormone therapy duration, fracture history or genotype (linear regression adjusted for age, weight and height; P > 0.05 for all).

CONCLUSION: Fmax , a principal determinant of bone strength, is normal in patients with TS. Previously described changes in bone quality and structure in TS are thus not likely related to inadequate mechanical loading but rather represent a primary bone deficit. A decreased Pmax indicates impaired muscle coordination in patients with TS.

Artificially low cortical bone mineral density in Turner syndrome is due to the partial volume effect.

INTRODUCTION: Decreased cortical bone mineral density (BMD) has been reported in Turner syndrome (TS), using peripheral quantitative computerised tomography, and it is perceived as one of the major factors leading to increased fracture risk. We tested the hypothesis that low cortical BMD in the radius is caused artificially by the partial volume effect.

METHODS: A cross-sectional study was conducted at the university hospital referral centre between March and October 2013. Thirty-two participants with TS who consented to the study were included (mean age 15.3 ± 3.2 years). We assessed the cortical BMD in the radius as well as the tibia, where the cortex is thicker compared with the radius.

CONCLUSIONS: The cortical BMD is not decreased in TS. The partial volume effect is responsible for previous findings of decreased cortical BMD in the radius. Altered bone geometry or other factors rather than low cortical BMD likely play a role in the increased fracture risk in TS.