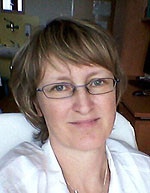 Abstract
Spinocerebellar ataxias (SCAs) are a heterogeneous group of neurodegenerative disorders currently associated with 27 genes. The most frequent types are caused by expansions in coding CAG repeats. The frequency of SCA subtypes varies among populations. We examined the occurrence of rare SCAs, SCA8, SCA12, SCA17 and dentatorubro-pallidoluysian atrophy (DRPLA), in the Czech population from where the data were missing. We analyzed causal gene expansions in 515 familial and sporadic ataxic patients negatively tested for SCA1–3 and SCA6–7. Pathogenic SCA8 and SCA17 expansions were identified in eight and five patients, respectively. Tay-Sachs disease was later diagnosed in one patient with an SCA8 expansion and the diagnosis of multiple sclerosis (MS) was suspected in two other patients with SCA8 expansions. These findings are probably coincidental, although the participation of SCA8 expansions in the susceptibility to MS and disease progression cannot be fully excluded. None of the patients had pathogenic SCA12 or DRPLA expansions. However, three patients had intermediate SCA12 alleles out of the  normal range with 36 and 43 CAGs. Amyotrophic lateral sclerosis (ALS) was probable in the patient with 43 CAGs. This coincidence is remarkable, especially in the context with the recently identified predisposing role of longer SCA2 alleles in ALS. Five families with SCA17 represent a significant portion of ataxic patients and this should be reflected in the diagnostics of SCAs in the Czech population. SCA8 expansions must be considered after careful clinical evaluation.