Department of Paediatric Haematology and Oncology 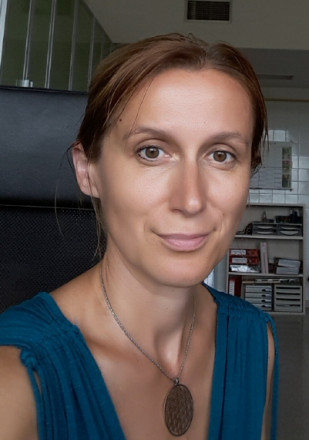 Richter syndrome represents the transformation of the chronic lymphocytic leukemia (CLL) into an aggressive lymphoma, most frequently the diffuse large B-cell lymphoma (DLBCL). In this report we describe a patient with CLL, who developed a clonally-related pleomorphic highly-aggressive mantle cell lymphoma (MCL) after five cycles of a fludarabine-based second-line therapy for the first relapse of CLL. Molecular cytogenetic methods together with whole-exome sequencing revealed numerous gene alterations restricted to the MCL clone (apart from the canonical t(11;14)(q13;q32) translocation) including gain of one copy of ATM gene or emergence of TP53, CREBBP, NUP214, FUBP1 and SF3B1 gene mutations. Similarly, gene expression analysis revealed vast differences between the MCL and CLL transcriptome, including overexpression of cyclin D1, downregulation of cyclins D2 and D3, or downregulation of IL4R in the MCL clone. Backtracking analysis using quantitative PCR specifically detecting an MCL-restricted focal deletion of TP53 revealed that the pre-MCL clone appeared in the bone marrow and peripheral blood of the patient approximately 4 years before the clinical manifestation of MCL. Both molecular cytogenetic and sequencing data support the hypothesis of a slow development of the pre-MCL clone in parallel to CLL over several years, and thereby exclude the possibility that the transformation event occurred at the stage of the CLL relapse clone by mere t(11;14)(q13;q32) acquisition.