Matriculation. Did You Know…?

Matriculation is the formal admission of students to the academic community of a university. It requires newly admitted students to promise to fulfil responsibilities as students and grants each individual their “student rights.” This includes a solemn oath that you will fulfil your study duties and respect your moral commitment to the school and the decisions of academic officials. At the oath-taking, you symbolically touch the sceptre of the medical faculties and shake hands with the Dean. 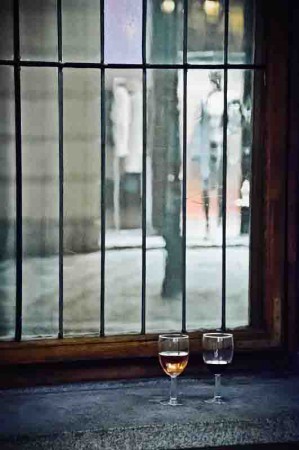 This year the matriculation of new students of the Second Faculty of Medicine will be held on 17 October 2018 in the Karolina Grand Hall, as is tradition (Ovocný trh 3,
Prague 1; Google maps), at 9 a.m. For information on matriculation, visit the Charles University website.

The term matriculation refers to your entrance into the faculty register; it comes from the original Latin term in-matricul – I add to the list. Source: Wikipedia.

The term "talár", which in Czech means “Gown”, refers to a flowing robe which extends to the ankles and a head covering (beret), and comes from the Latin term talus, or ankle. The Rector and Vice Rectors of the Charles University wear a red gown; the gowns of the other dignitaries are black. Apart from graduation and other academic celebrations, it is used inter alia as a liturgical robe in most evangelical churches or as professional attire for judges, prosecutors, and lawyers. Source: Wikipedia a the FF UK website.

Insignia (from the Latin insigne = sign, symbol) are representations of the rank and source of power of secular and ecclesiastical persons, and a symbol of their position and function. Source: Wikipedia.

Among the insignia of the Charles University are a sceptre and a chain. Unfortunately, the original sceptre and the chain were during the retreat of the German army at the end of the Second World War, and since then the Charles University has been searching unsuccessfully for them, and it is not certain whether the 500-year-old symbols of the university, which are fundamental to matriculation and graduation, still exist. Source: Czech Radio.

The insignia, which is used jointly by all medical faculties of Charles University, is the sceptre on which you make your oath. The chains of the Deans and Vice Deans are jointly held by all faculties.

The promoter is an academic official who leads the ceremony. Source: Wikipedia.

The Bedel (of the university and faculty) is a ceremonial function. At ceremonial occasions, they walk in front of the rector or dean and carry the sceptre. During matriculation and graduation, they hold the sceptre in front of the student who is swearing the academic oath. Originally, the Bedel was a lower-level college official. Today, the position has symbolic meaning, but earlier the Bedel served also as a university groundskeeper – they were responsible for the maintenance of school buildings and assisted the Rector and the Dean. In earlier literature, the Bedel was also referred to as the janitor. Source: Wikipedia.

Jesus Christ, the saintly priest, the melody of which is used during matriculation and graduation ceremonies, is one of the oldest church chorales of Old Bohemian origin, dating back to the 14th century. Authorship is sometimes attributed to Jan Hus. Source: Wikipedia.

The Karolinum is a complex of buildings on Ovocný trh (Fruit Square) near the Old Town Square in Prague, which serves as the seat of the Rector and other institutions of the Charles University. The name is derived from the Latin Collegium Carolinum (Charles College). The Karolinum was formed during the extension and subsequent modifications on the Rotlev house, which was donated to the University by Wenceslaus IV in 1383. The upper floors served as classrooms and also as the dwellings of professors and their servants. On the ground floor was the university treasury, and the basement served as a prison. The Karolinum is the oldest university college in Central Europe, which still serves its original purpose today. Its largest space is the Great Hall, where ceremonial events and meetings are held at the Charles University. Source: the FF UK website.

MUC. is the former academic label for students of the medical faculties, which stands for medicinae universae candidatus – a degree candidate of general medicine. Some sources state that the student has the right to use this title after completing matriculation, or after passing certain tests, after six semesters, or after the first part of the final state examination. Source: Wikipedia.