I See It as If It Were Today 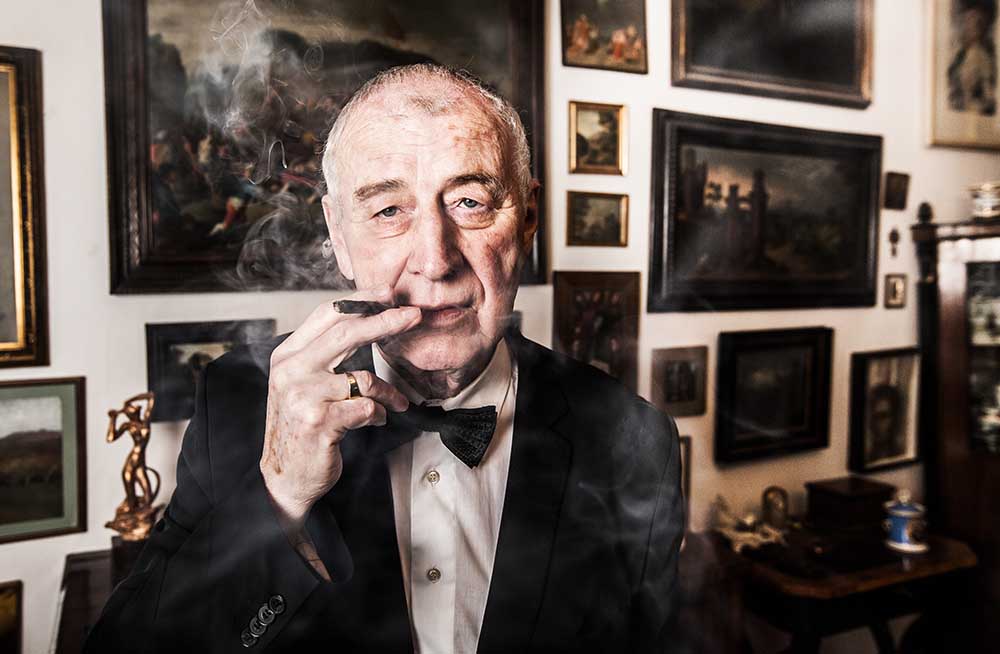 In this interview, Prof. Josef Koutecký, the first dean of the Second Faculty of Medicine after the Velvet Revolution, discussed his activities as the Dean on the 65th anniversary of the Faculty's independence last fall.

In this interview, prof. MUDr. Josef Koutecký, DrSc., the first dean of the Second Faculty of Medicine after the Velvet Revolution, discussed his activities as the Dean on the 65th anniversary of the Faculty's independence last fall.

What is the first thing then comes to mind when thinking of your time as Dean?

It was a great honor when the academic community elected me as Dean. The first after the Velvet Revolution. No one else had been there for such a long time and announced their candidacy. They didn't choose Bojar, and ended up voting for Koutecký. At least that's how I see it today.

What was the biggest task you faced at the beginning of your term?

To make it through the commission selection proceedings with all the formalities. I was the commission chairman for the Theoretical Institute, and the hospital director and I co-chaired the clinical commission. I tried to staff the faculty with chairmen who did not have any skeletons in their closets. Members of the Communist Party were, of course, not elected. I knew, however, that many people had joined the party so that they would be able stay in Prague and pursue their career. My criterion was whether or not someone from the party had used their position to hurt someone.

Was it a smooth transition?

We experienced several tense situations when people came and tried to exercise their power. I received letters where people threatened to destroy me. The beginning of the nineties was a different time.

What was your greatest success?

The establishment of Theoretical Institute. The goal was to no longer be dependent on the First Faculty of Medicine. But to establish a few institute at once! It's not so easy, for example, to equip histological institute with the necessary microscopes. We had problems with the Anatomical Institute, because of the strict hygienic regulations which needed to be followed during its establishment. We initially had an agreement with the Faculty of Physical Education and Sports because they also have a pathological anatomy department, and later we developed a separate department at the Anatomical Institute of the First Faculty of Medicine.

What was the funniest situation you experienced?

These are quite the questions you're asking...

When I took over the dean's office after the Infectious Disease specialist Professor Havlík, he cleared it out and gave me the keys. The only thing left in the desk drawer was the copy of a graduation speech – the one he had giving in exactly the same form for the previous thirteen years. He told me ‘Hey, here's the speech, just scratch out the socialist stuff.’ I of course refused, and always prepared a new speech for each graduation.

And the biggest mishap?

I'm the type of person who's gone through life without havoc and who's got along well with people... For me as the dean, the biggest problem was when someone had finished their entire medical studies program and failed the last state exam. Six years wasted. He came to me asking if I could do something about it, but of course I could not. I honestly felt really bad for the guy.

The biggest shock or surprise?

When one student, a year and a half before the end of their studies, told me that he did not want to practice medicine at all. After a successful exam. I was a bit taken aback by that.

One day, a student from another medical school visited me, saying that she was not being allowed to pass a subject because the examiner wanted sexual favors from her. She asked if we would be able to give her credit to pass the class. We couldn't pass her, because it wasn't possible to do so. She hadn't finished the academic year.

What was the biggest change that happened during you term as Dean?

The establishment of the English-language parallel courses, where foreign students began studying at our faculty. Initially, it was only Greeks. When some of them would fail an exam three times and were about to be expelled from the faculty, they always came with their whole family and invaded my office, begging and making excuses. Eventually, we extended the program to other countries.